The biggest Illini basketball game in over a decade is tonight

Maryland’s in the building tonight. Here’s what happened last time we played them:

Bob Asmussen wrote about how C-U feels like 2004 right now.

Mike Carpenter talked about that on the latest 200 Level, also.

Oh yeah, and there’s this:

See you at the game tonight. Win or lose, it feels good to be here.

If you’re unfamiliar, GCUP is the best and most unique local music event of the year. It runs over the course of two weekends, and features a litany of local bands doing 20 minute cover sets of famous musicians.

Check out the full lineup at the link above – plus tickets are a donation! What’s not to love?

Here’s a personal favorite of mine:

And proceeds go to charity!

If you’re unfamiliar, every winter, on a Friday night, groups of people spend the night on the street in Downtown Champaign to raise money to combat homelessness.

It’s conflicting to me, because on one hand they’re raising (probably a lot of) money to combat homeless, and we need more of that, not less.

On the other hand, though, there are actual people who have to spend the night on the street in Downtown Champaign on a near nightly basis. They don’t bring expensive camping gear, the city doesn’t shut the street down for them, and the police crack down on them as opposed to bend the law to accommodate them. This event takes the very real struggles of homelessness and turns it into a(n inaccurate) tourist event.

I’m not saying One Winter Night is bad – on the whole, it is probably good, but there has to be a better way to raise money for this cause than creating a homeless simulator in a place where that tragedy plays out on a near-nightly basis. That’s just plain tone-deaf.

Micro-mobility is the future of transportation in C-U

We made it folks. Have a good weekend.

This is Champaign Showers.

Here is the logo: 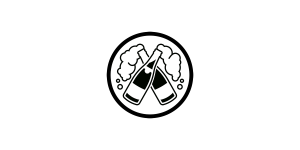 Here are the podcasts:

Here are some longer reads:

Here are the social media accounts:

Here’s how you can support:

Buy me a coffee